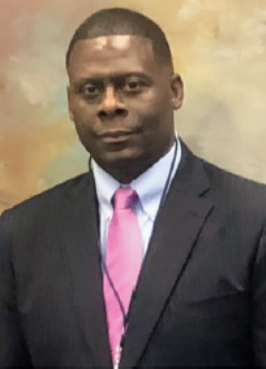 Richard Andrews, M.Ed is the Founder and CEO of the Foundation for Black Heritage and Culture. This unique Foundation was founded in 2012, with the purpose of the developing and executing events that support music & arts, health & wellness, financial empowerment and education of the minority population. The Foundation produces the annual Black Heritage Fest. Richard has experienced many places, events, and festivities in his past that enchanted various cultures from all around the world. While it was exciting for him, it also inspired him to embark upon a journey to allow his culture to be expressive in an unprecedented manner to highlight, commend, and extol the contributions of African Americans to the international fabric of his city, Houston, Texas! Mr. Andrews said countless years of hard work and executing community initiatives paid off in 2015 as the Houston Black Heritage Music & Arts Festival made its debut. The 2015 Festival exceeded everyone’s expectation and drew nearly 10,000 attendees. This annual festival is expected to grow into one of the largest in the nation.

Born and raised in Louisiana and a proud father of three children, Richard Jr., Ashley, and Brandi, Richard has an undeniable love for Houston! His love for the city was established long before his undergrad studies at Texas Southern University. After receiving his undergrad and Master’s degree in education from Texas Southern University, he made it a point to position the foundation to provide scholarships for the two local HBCUs, Texas Southern and Prairie View A&M University. He understands that one must sow into their community in order to see the change that they wish to see. Per Mr. Andrews, “My mother said, you were put on this earth to give the very best of yourself.” His mother will forever be his inspiration to continue to better our society! He also credits his church family, The Pan African Orthodox Christian Church, for helping him develop into a community organizer. Richard Andrews is the epitome of selfless.

Prior to establishing The Foundation for Black Heritage and Culture, Richard spent many years as a community organizer. He organized fundraisers for victims of violence, 18-wheeler full of backpacks for youth, talent shows, concerts, festivals and food for inner city families. In addition, he collaborated with Congresswoman Sheila Jackson Lee, Sylvester Turner before he was mayor, and many other leaders.

Richard has been recognized by many organizations and leaders for his commitment and dedicated service to the community.